Just before the Presiditial election (what an election that was!) my cousin helped us get a tour to The White House!

In order to get a tour of The White House, you need to write a letter to your local representative (here is all the stuff you need to know to help you get a tour)

Our appointment was at 10:30 and we rushed to try to get there in time. When we arrived, we found that there was a long line waiting for us to enter the building.

Although they asked us when our appointment was, it doesn’t matter if you are a little late because the lines are very long and it takes almost an hour to actually step inside The White  House.

There are many checkpoints (obviously) and you are required to bring a valid photo ID with you. They allow you to take pictures, but not with a professional camera and they did not let us bring our purses with us (it’s too much of a hassle, just bring your photo ID, wallet, and phone).

When we entered, we were greeted with a video by President Obama and First Lady Michelle Obama who welcomed us into their home (if only they were there in person!)

Then we walked through this corridor that was filled with pictures of all the different presidents and their time in office.

Then, as we walked further, there were a bunch of different rooms open for visitors to see, but we could not go inside them 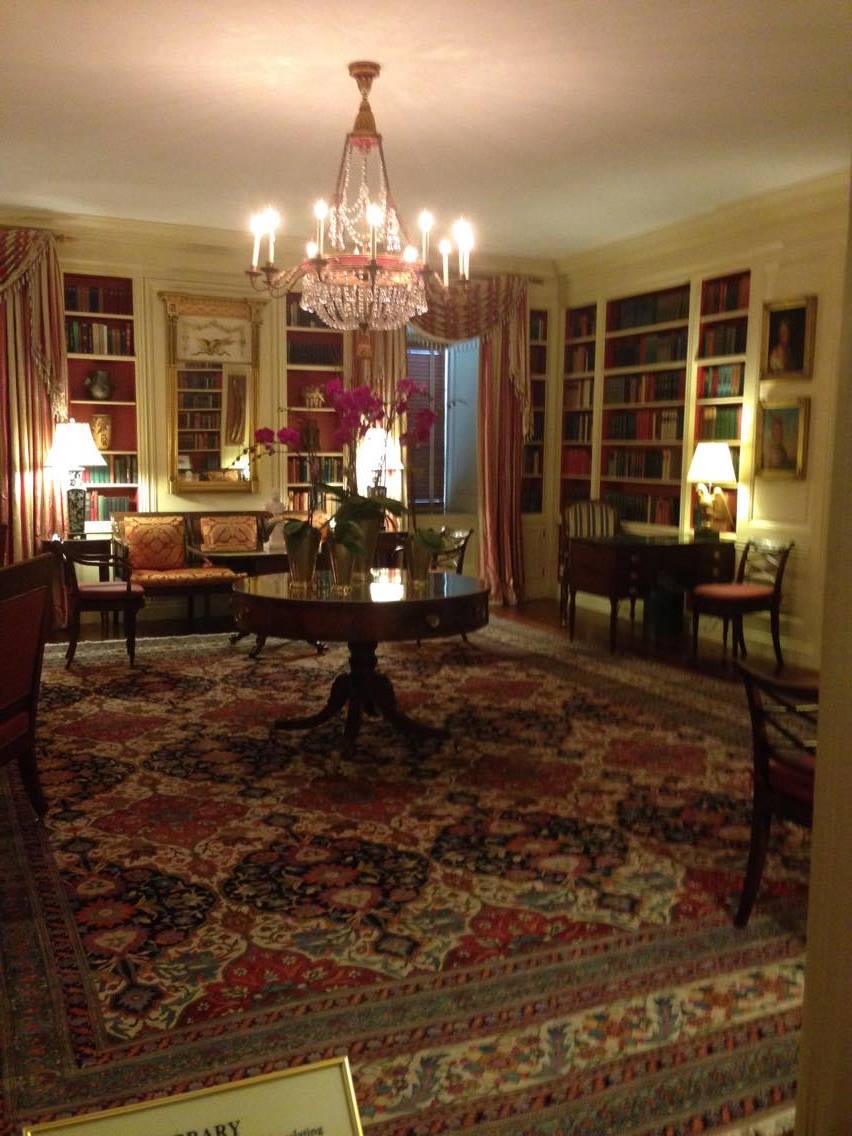 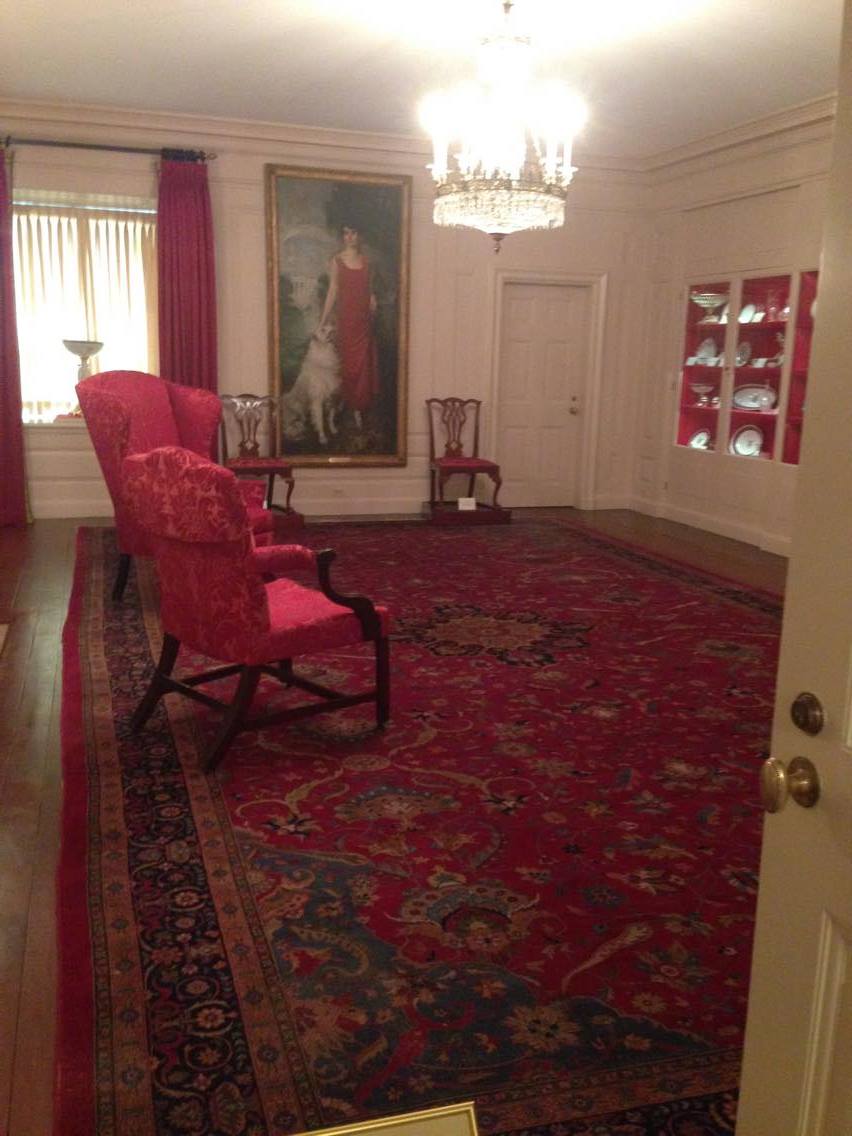 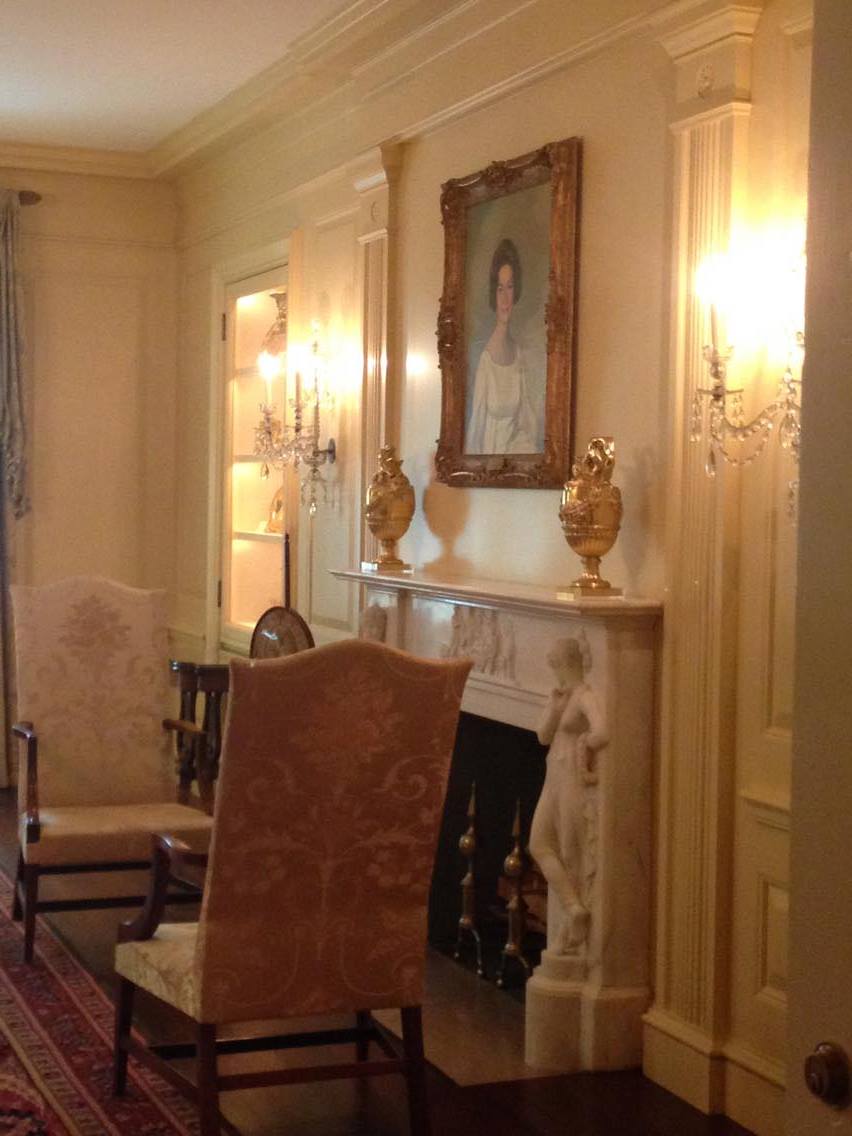 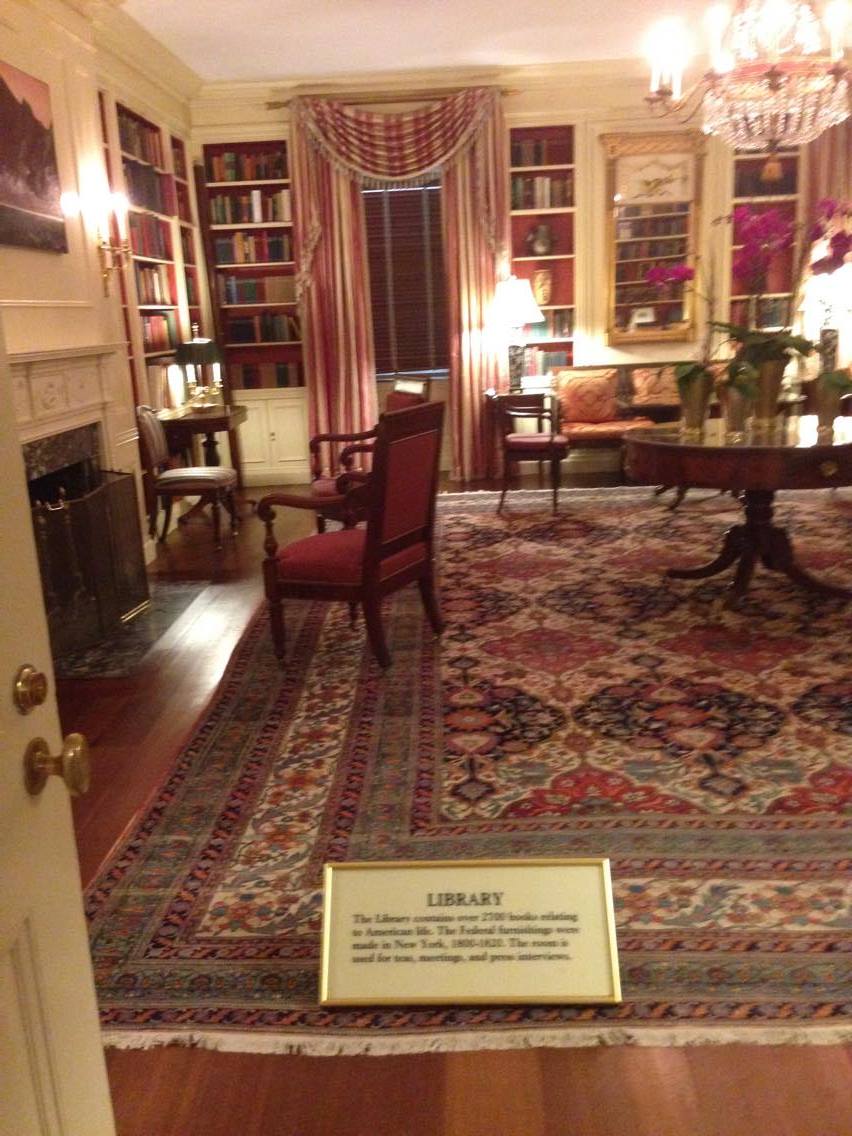 We then walked upstairs and went through a variety of different rooms named after colors. There was a grand hall and well as many small sitting areas, each with its’ own history 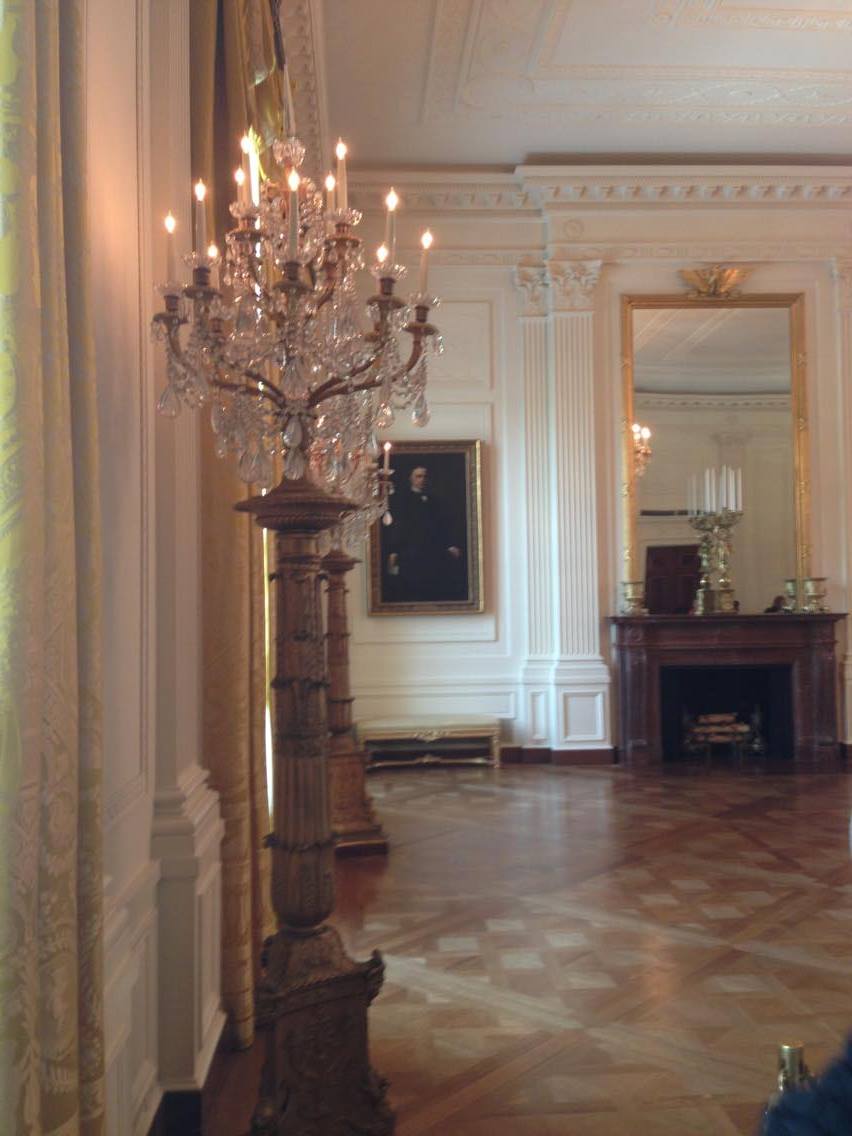 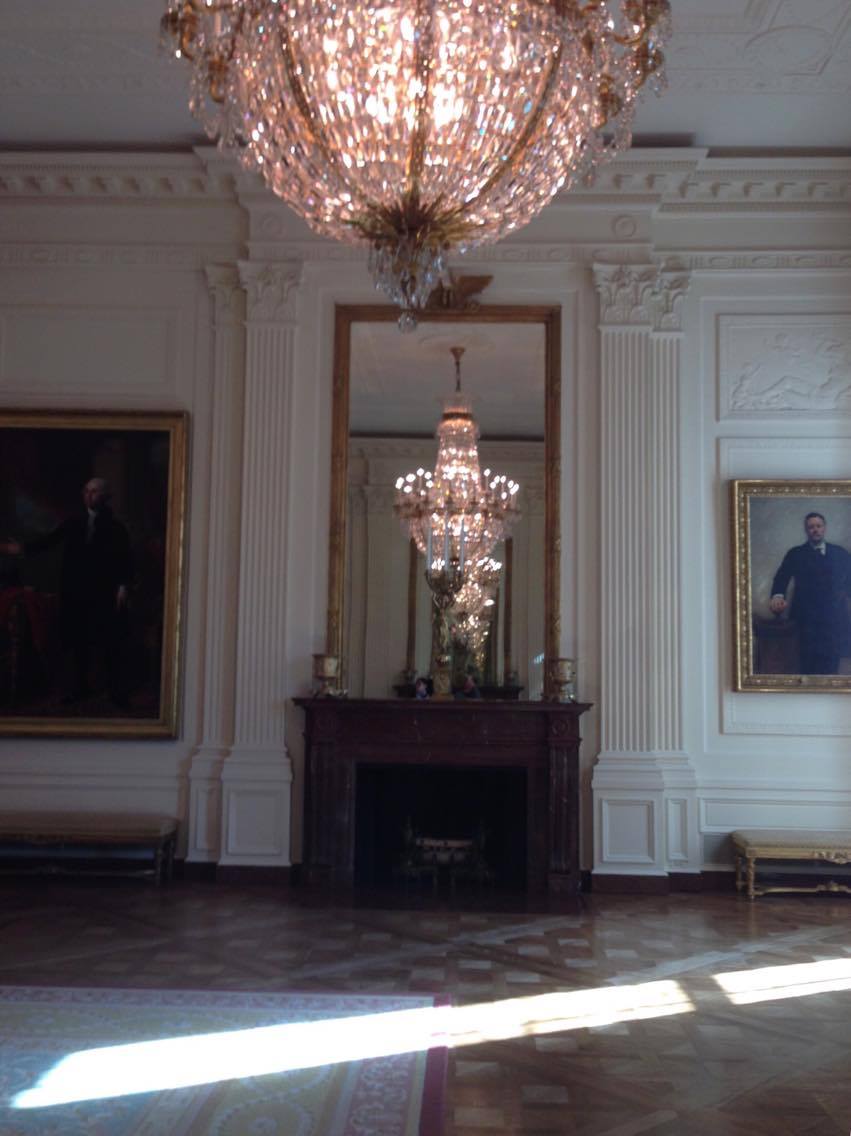 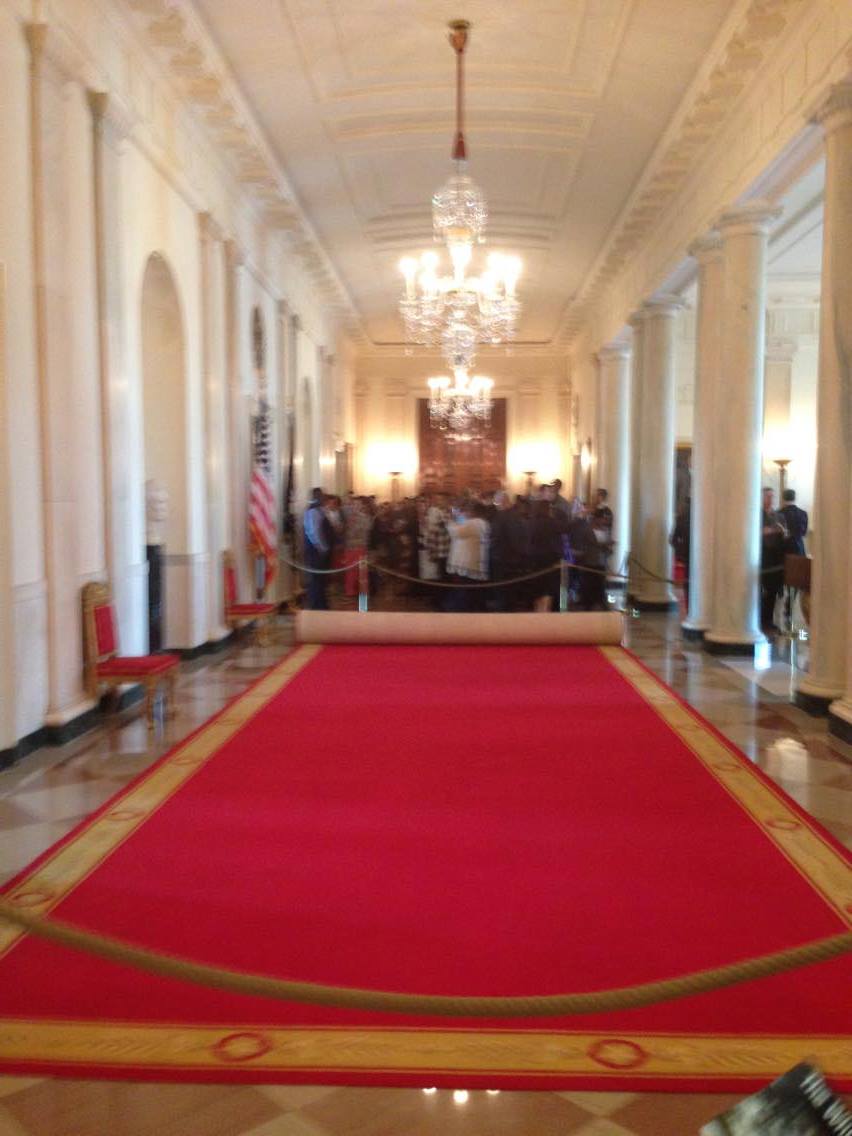 After the grand hall, we went into the red room, a room which had a lot of history. President Grant, fearing disruption of the transition of power to President Hayes  had the new president-elect secretly sworn into office in the Red Room the evening before the inauguration. The Grants used the Red Room as a family living room. Eleanor Roosevelt used the Red Room for meeting with women members of the press. Following the State Funeral for President John F. Kennedy, Mrs. Kennedy received foreign heads of state in the Red Room. The Reagans frequently used this room for official photographs with visiting heads of state. The Clintons favored the room for small dinner parties. 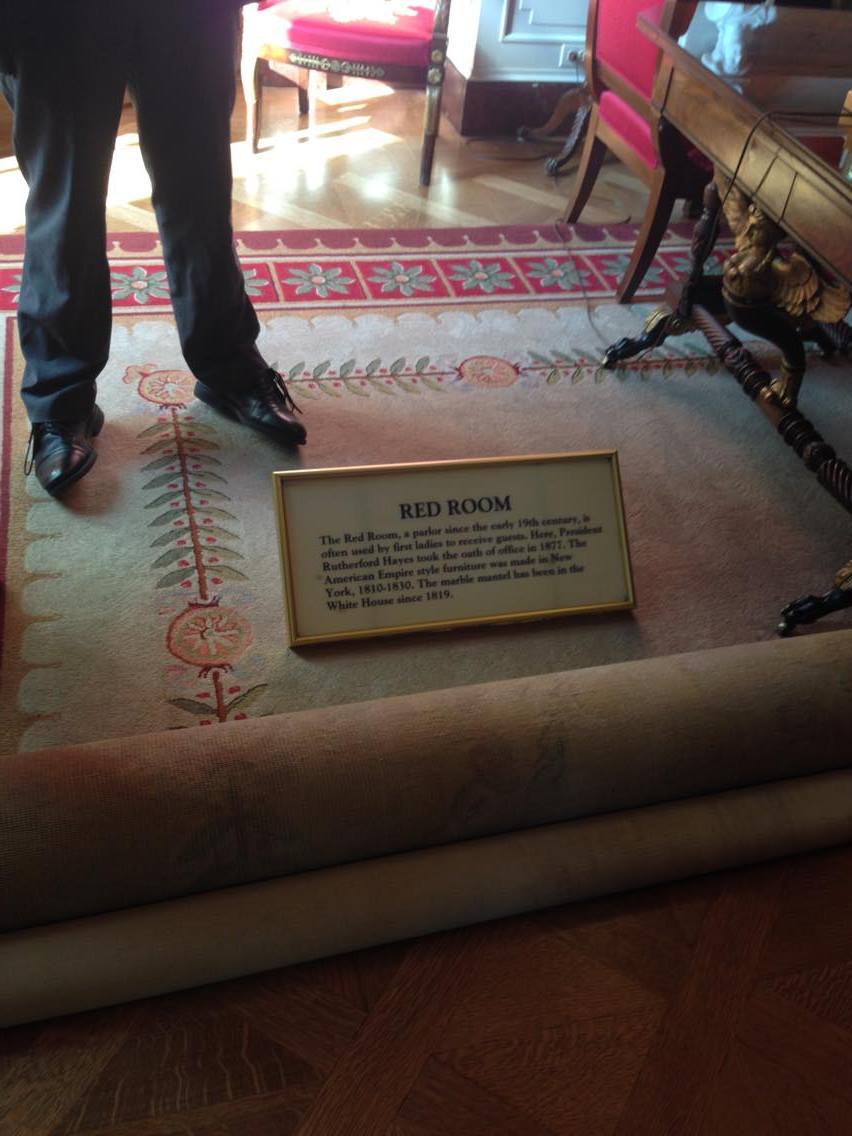 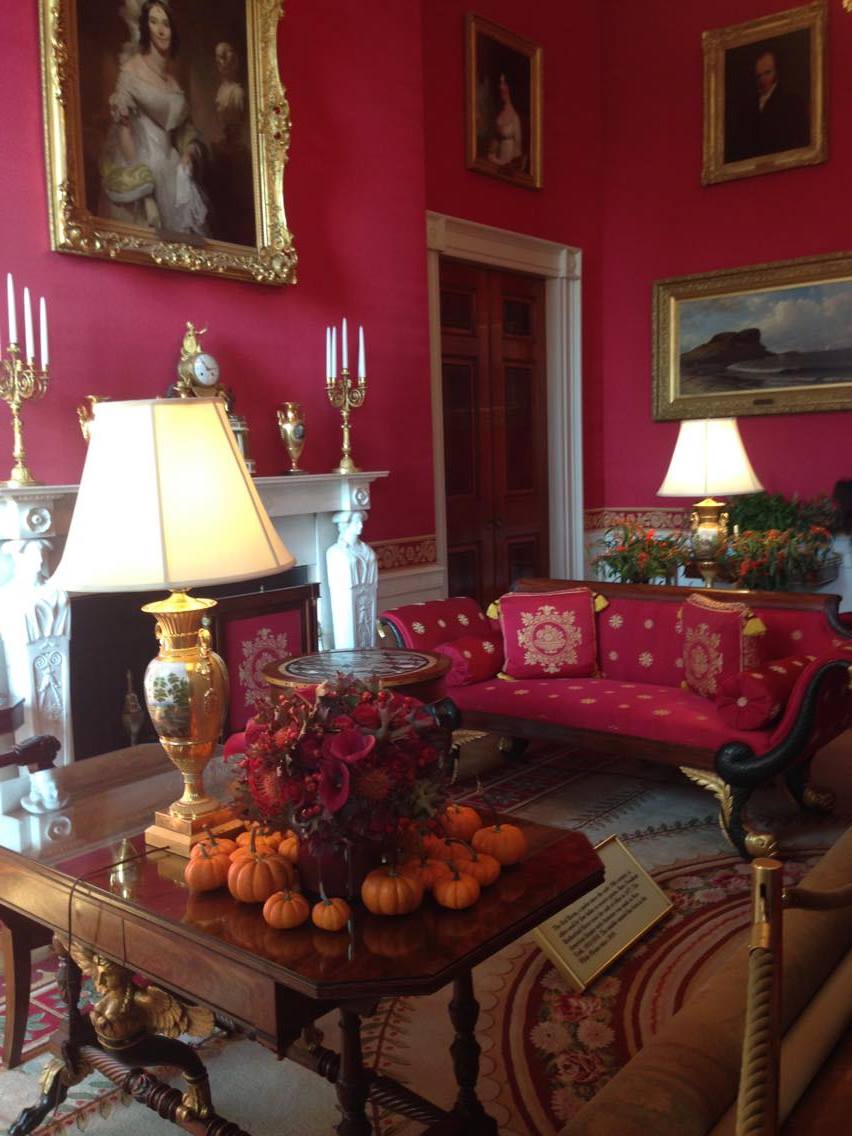 Then we took a look into the green room, a room which  Jefferson used as a dining room, Grace Goodhue Coolidge displayed what some considered risqué Art Deco sculpture here and used the room for small parties with friends. Eleanor Roosevelt entertained Amelia Earheart here, and President Kennedy thought of it as the most attractive and restful room on the state floor. 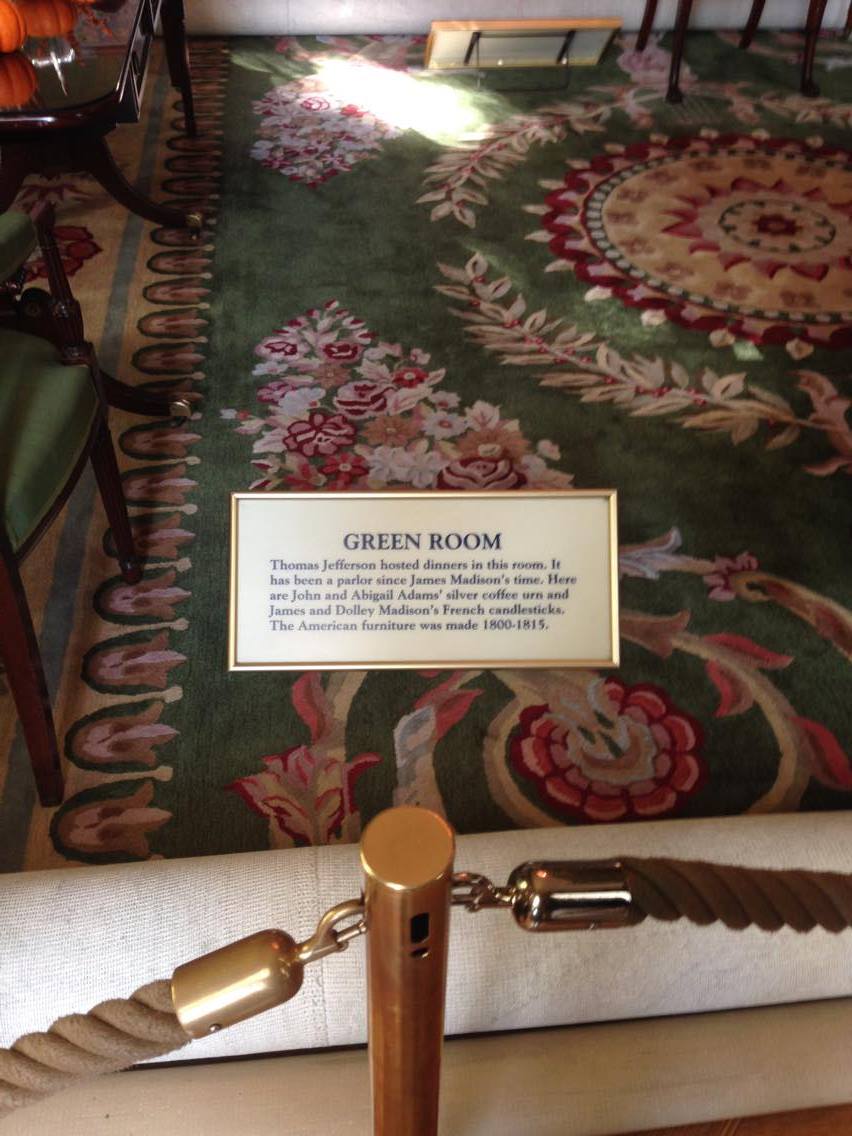 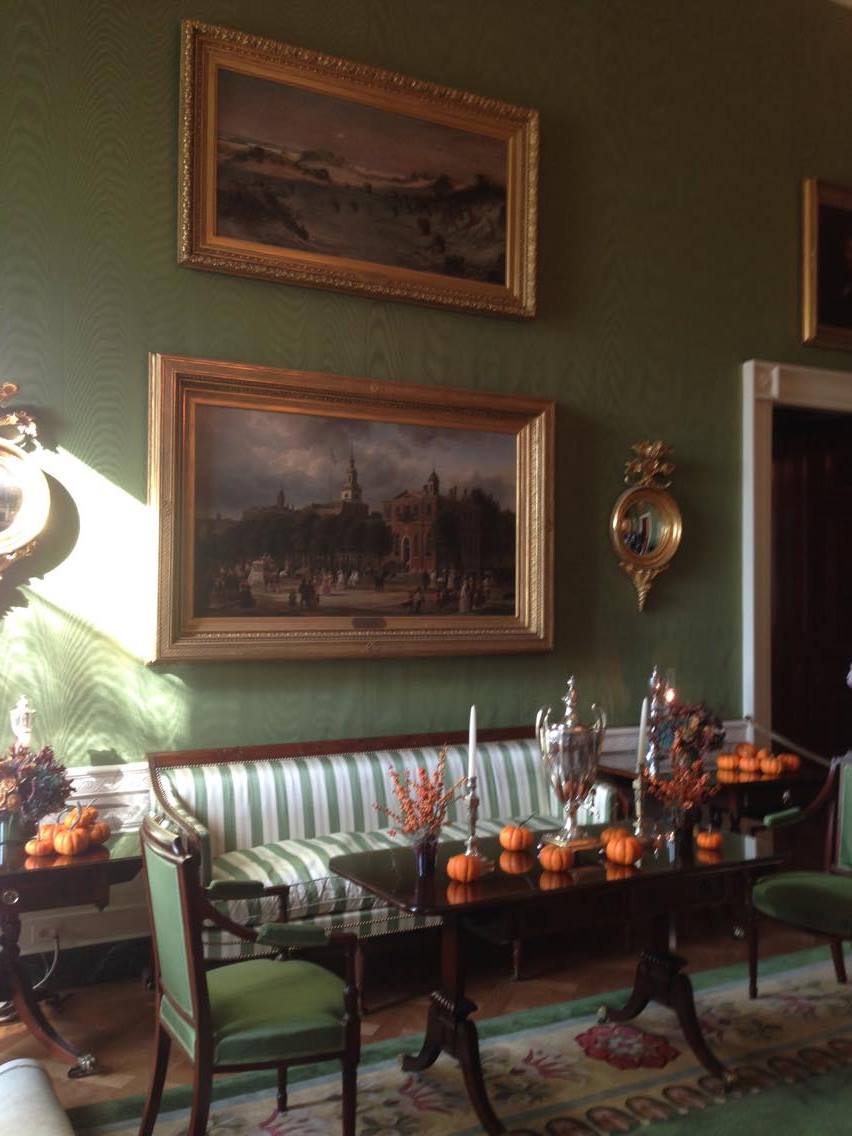 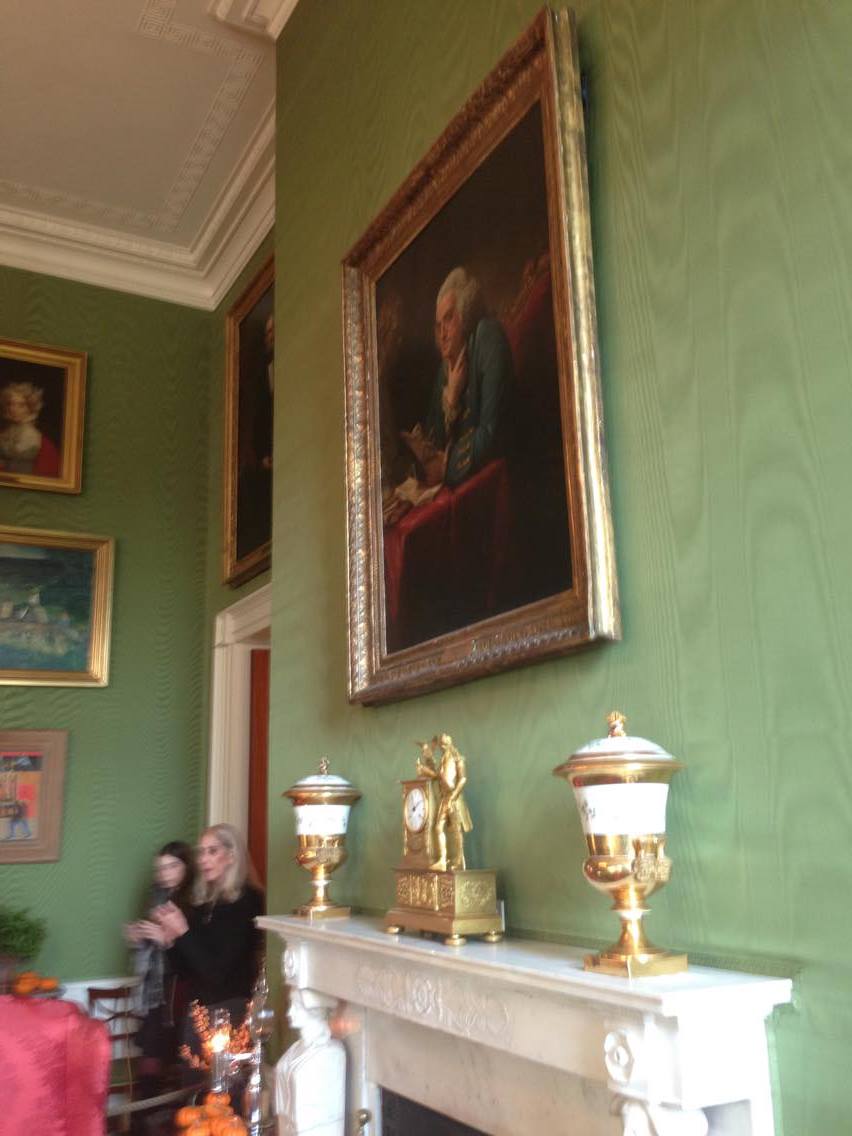 After the green room, we saw the last stately parlor in the east wing: the blue room (so many colors!!)

During the administration of John Adams, the Blue Room served as the south entrance hall, though it has always functioned as the principal reception room of the White House. . When the White House was rebuilt (after the fire) , President James Monroe redecorated the room in the French Empire style.Van Buren had the room decorated in blue in 1837, and it has remained the tradition ever since, although many administrations have made changes to the decoration. 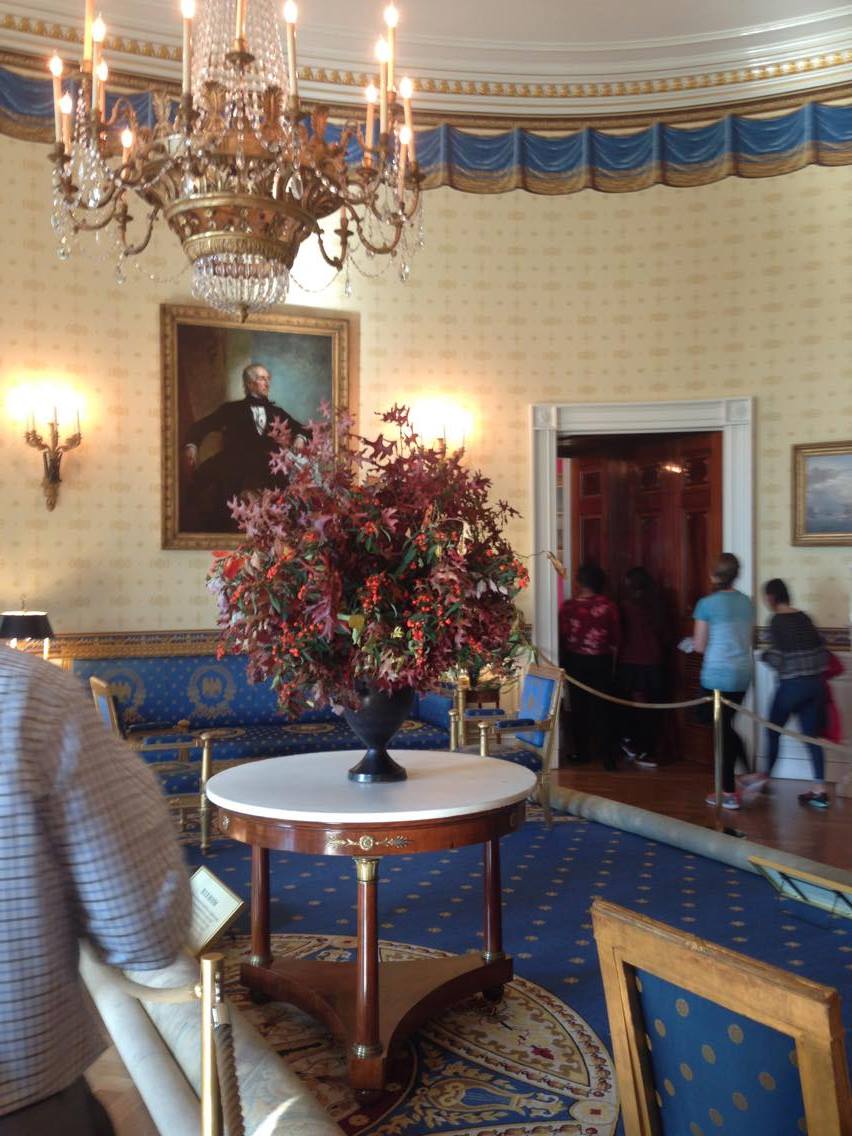 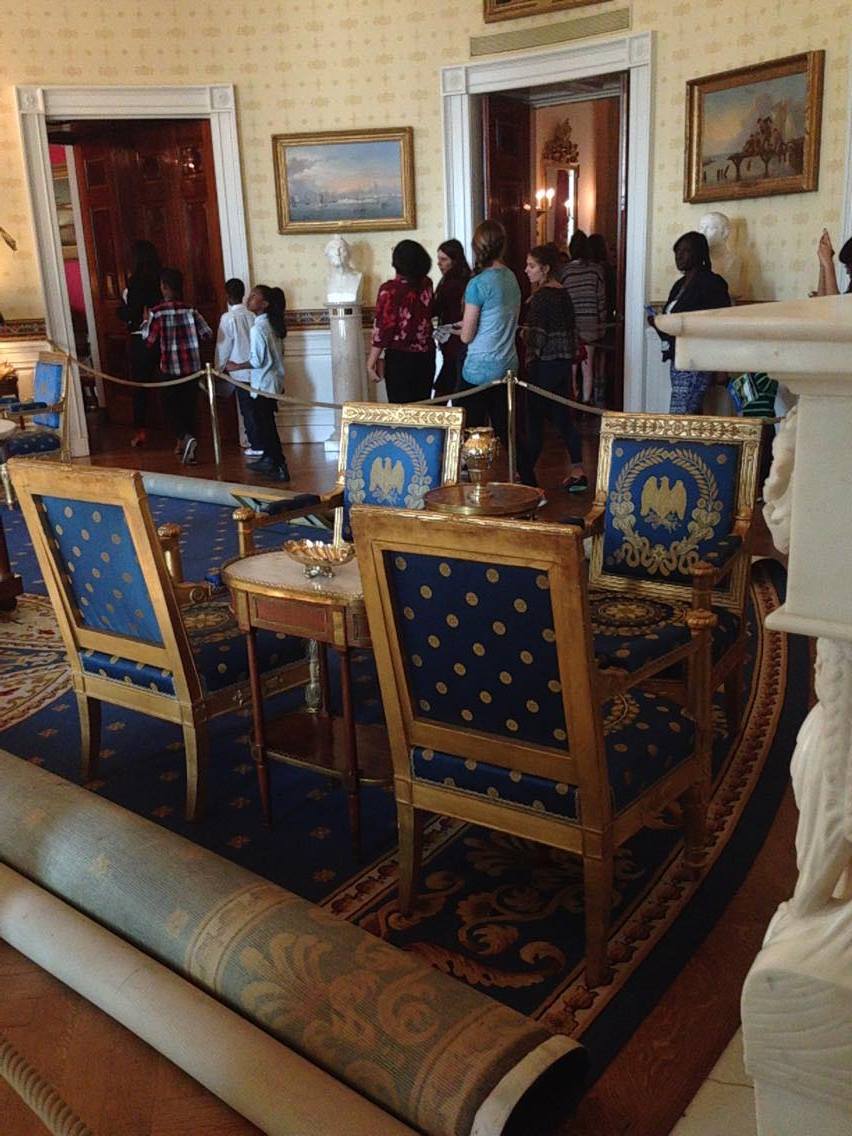 As we left these rooms, we entered another grand hall that was filled with portraits of former presidents, and there was a door leading to the exit 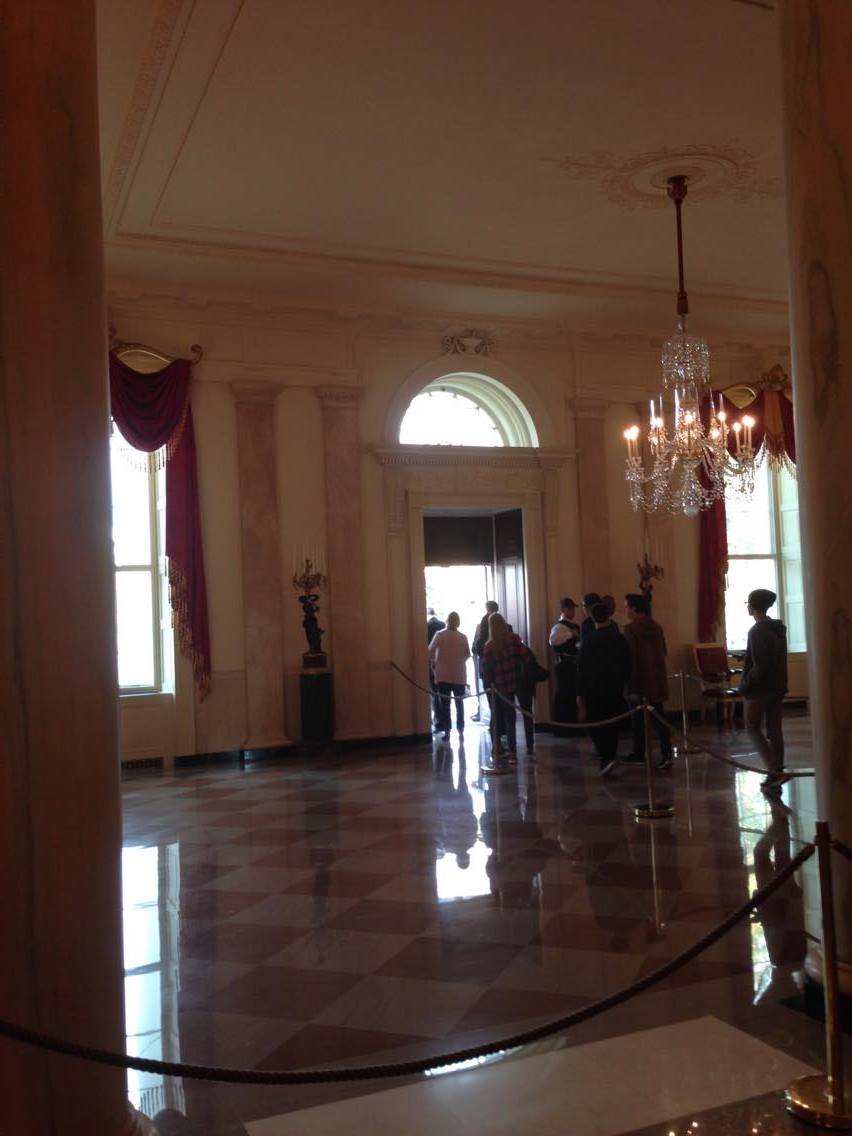 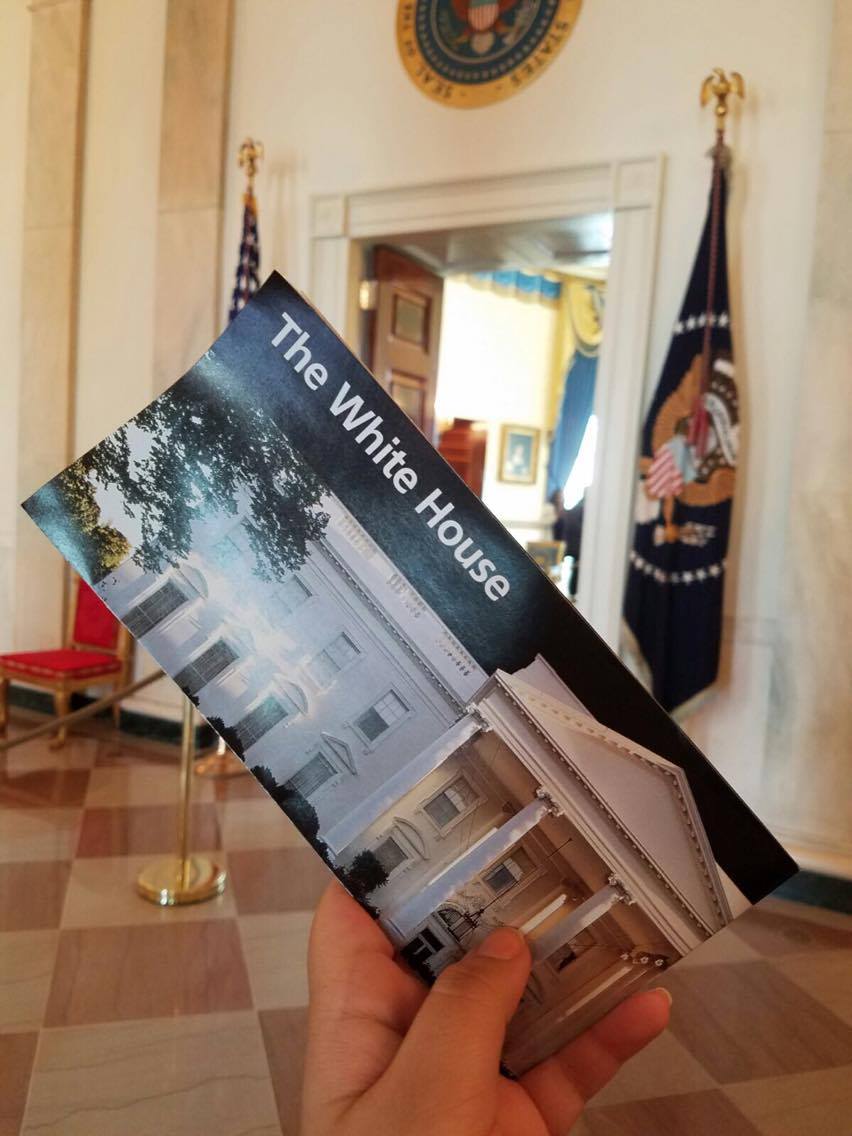 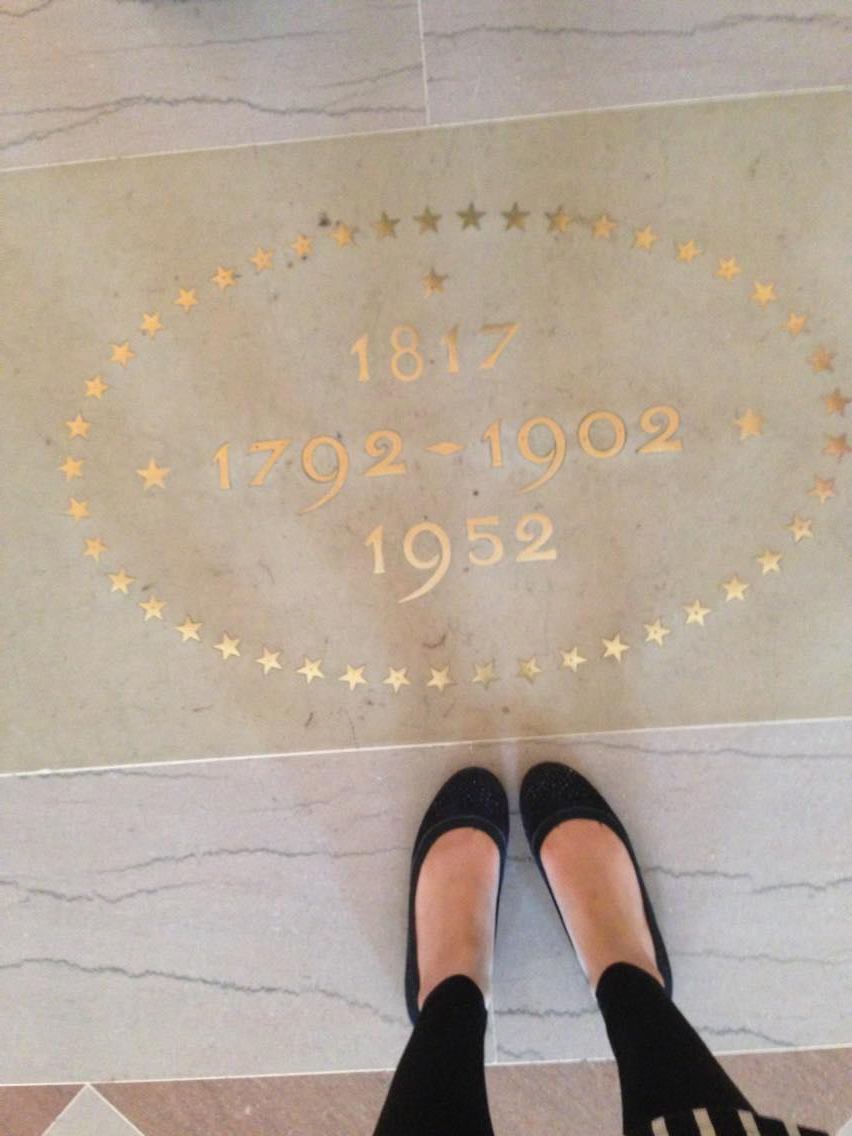 The exit was great, we exited right out of the main entrances to The White House, we were basically in the lawn! 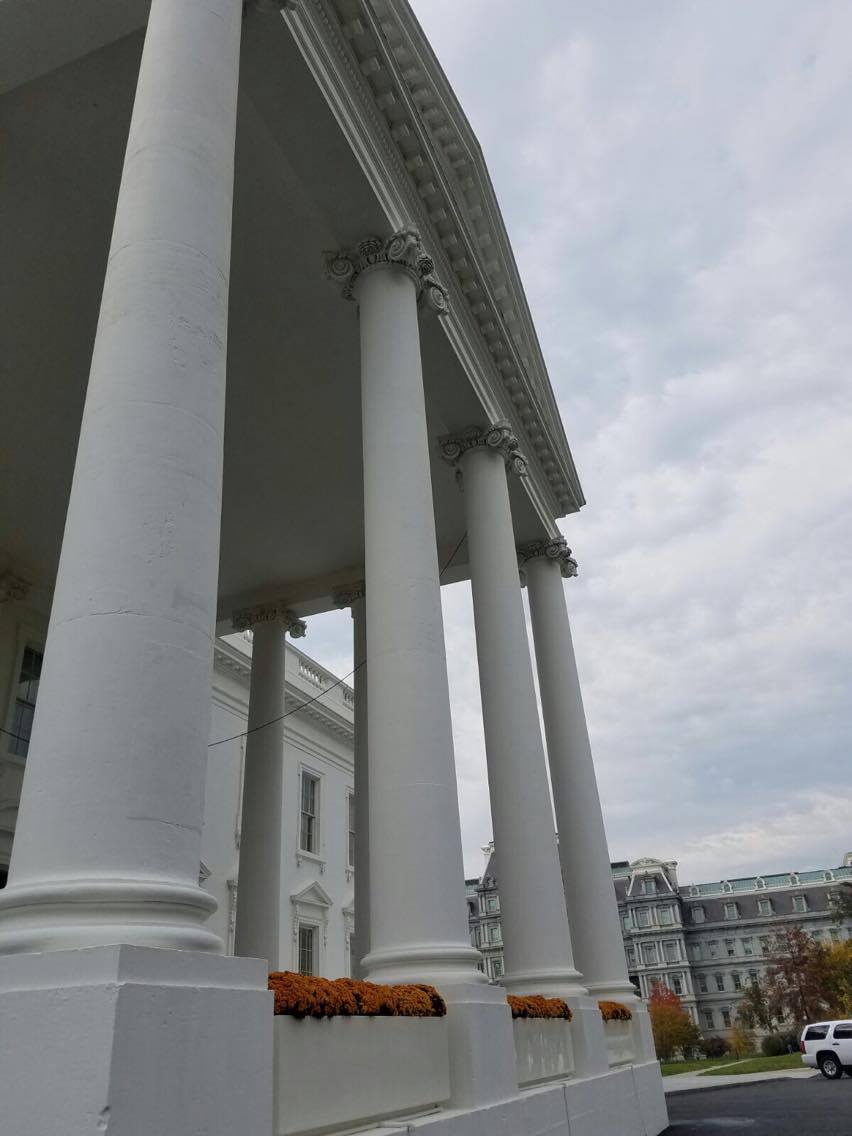 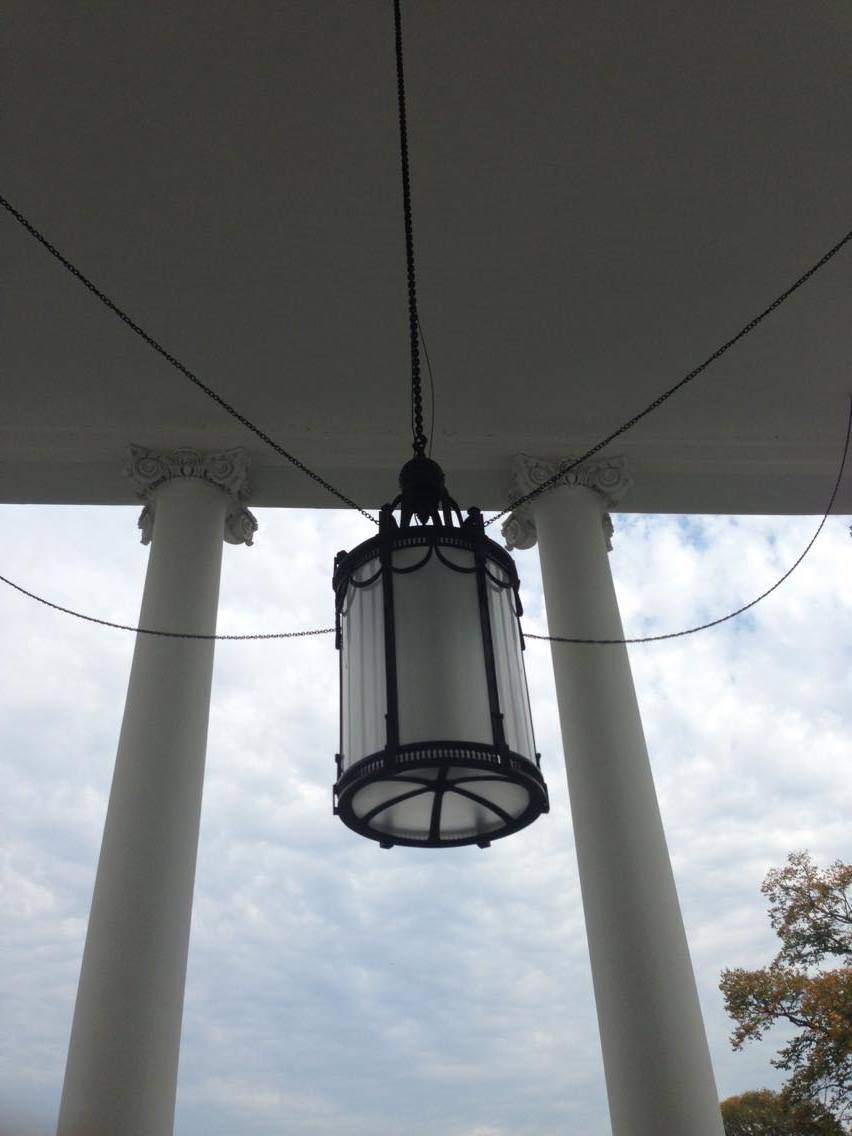 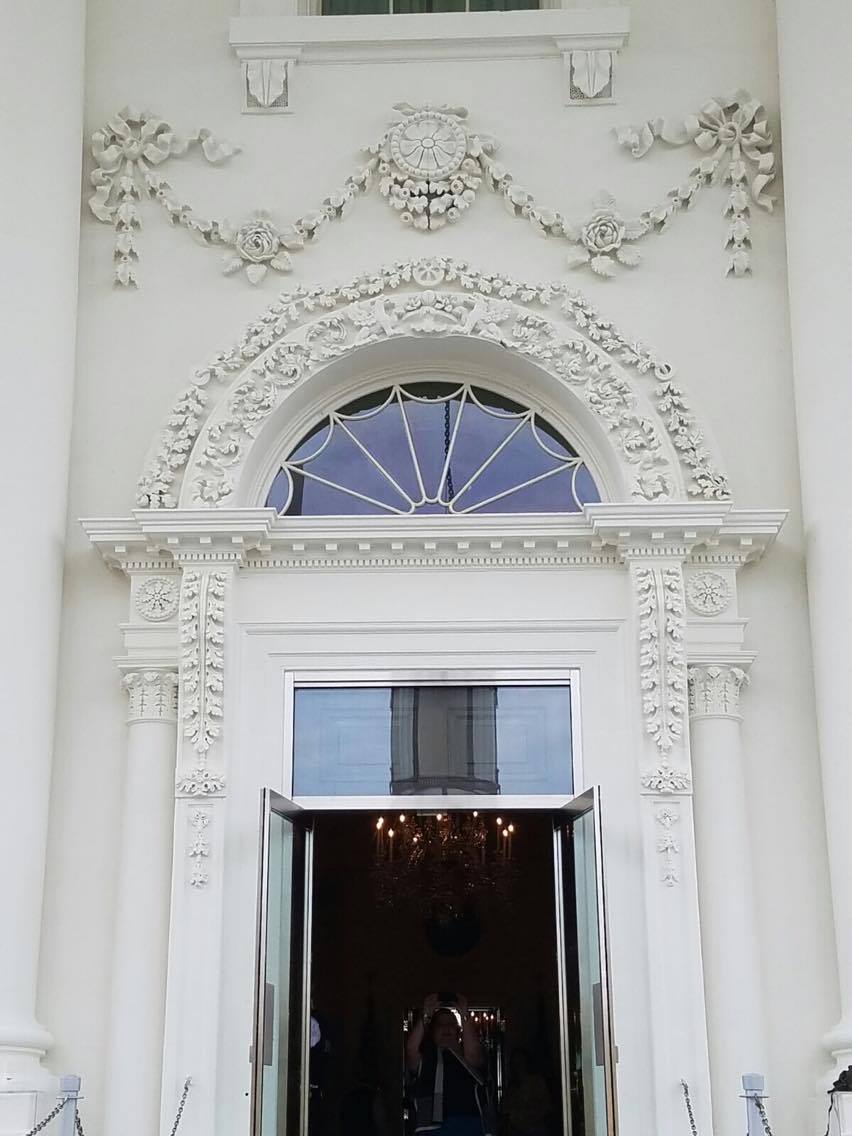 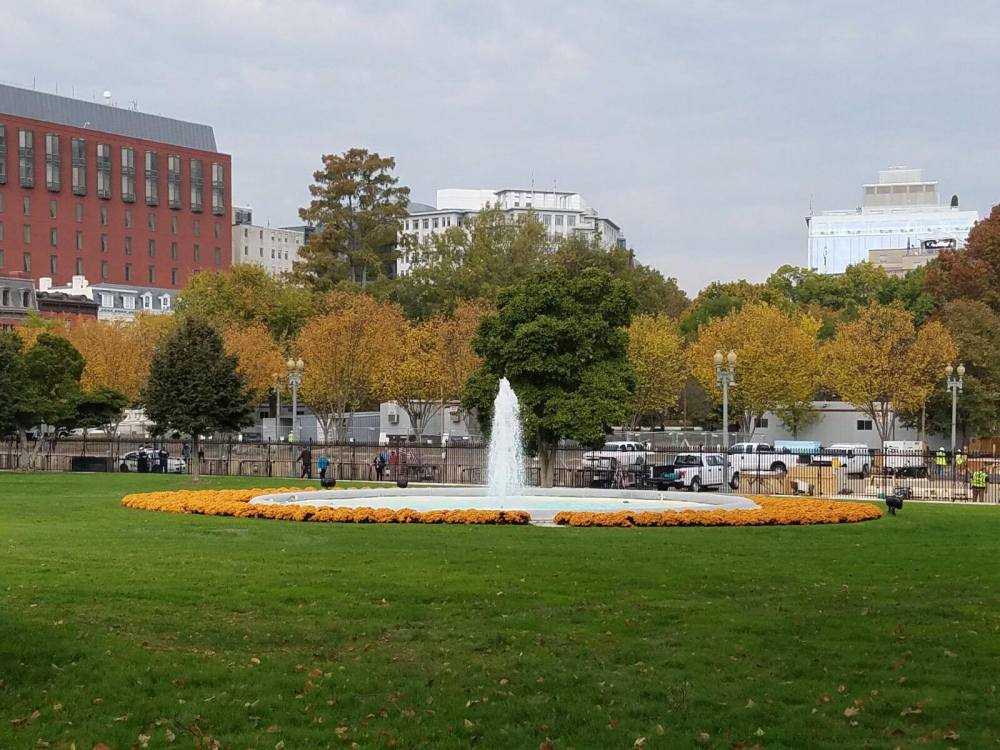 Although we spent more time waiting in line than actually touring The White House, I’m very glad I got to do this. It’s nice to get a chance to visit the President’s house!