Entering in Islamabad was amazing. The city reminded me of America, with the clean roads, and forest feel. It was nice to see people finally following the traffic laws, and there were barely any motorcycles. The weather was amazing here, even in August!

The city is very organized, and it’s easy to follow the road signs and find your destination (unlike Lahore where it was crazy). The government is located in Islamabad which is one reason why the city is clean and organized.

Our first (and basically only) stop in Islamabad was Shah Faisal Masjid. Opened in 1986, it is the is the national masjid of Pakistan. Located in the foothills of Margalla Hills in Islamabad, a $120 million grant was give by the Saudi King Faisal, whose name the masjid has. It is the 4th largest masjid in the world. 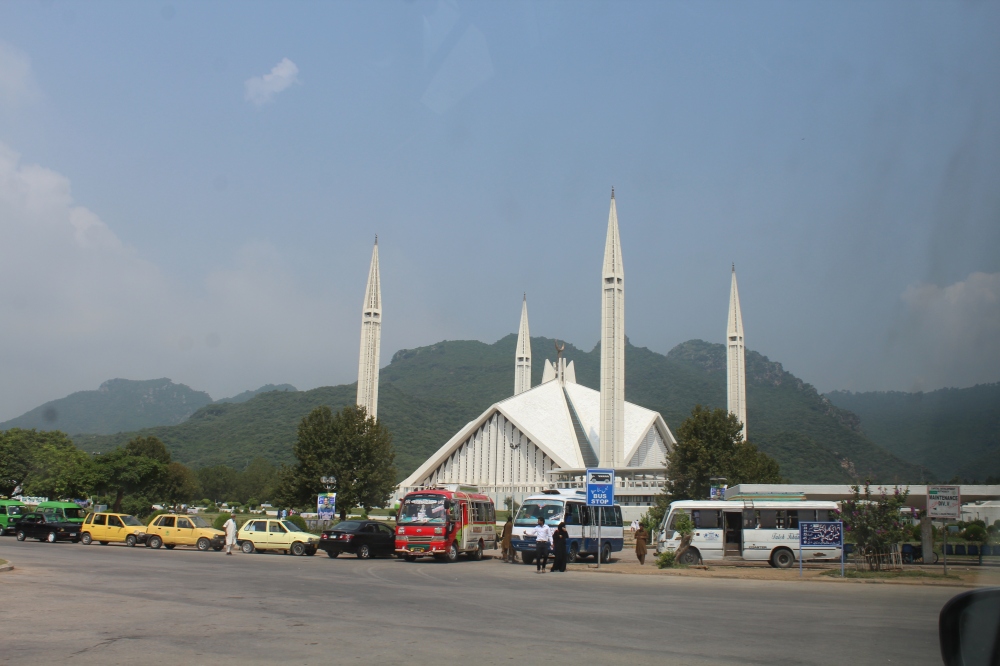 For some reason, we weren’t allowed inside because some important religious leader was coming to give a lecture, but we managed to sneak a peak through the windows

The other place we visited in Islamabad was Saidpur Village. I was under the impression this was an actual village, but it was just a collection of different restaurants. It was still a nice area, and the restaurants were designed very traditionally.