Even though my travel blog posts usually encompass a city or even a whole country, I’m going to make an exception with this one. It truly deserves its own blog post 🙂

Last month, my friend told me about this new exhibit coming to D.C by Yayoi Kusama at the Hirshhorn Museum. I immediately got interested in the news of this exhibit opening up, and scrambled to get tickets because the exhibit was only in D.C till May 14th.

Now, these tickets were free, but you had to go on the Hirshhorn Museum’s website every Monday at 12 pm to snag the tickets before they ran out (the museum only released minimum quantities every week). I tried for four weeks, and every week at around 12:03 the tickets would get sold out (this was so frustrating!). Eventually, I managed to get four tickets for me and my siblings to go see the museum!

Last Sunday, we visited the museum. We got tickets for 11 am, and we arrived there right on time. The museum attendants were really great at letting us in and allowing us to go in the exhibit without having to wait in long lines which was great.

The first infinity room was titled Phalli’s Field. I honestly wasn’t that impressed with this one, but it was still a good experience. We had 20 seconds in this room.

The second infinity room we saw was a mini one called Love Forever. This was was really cool because it changed colors and you could see your reflection on the other side. 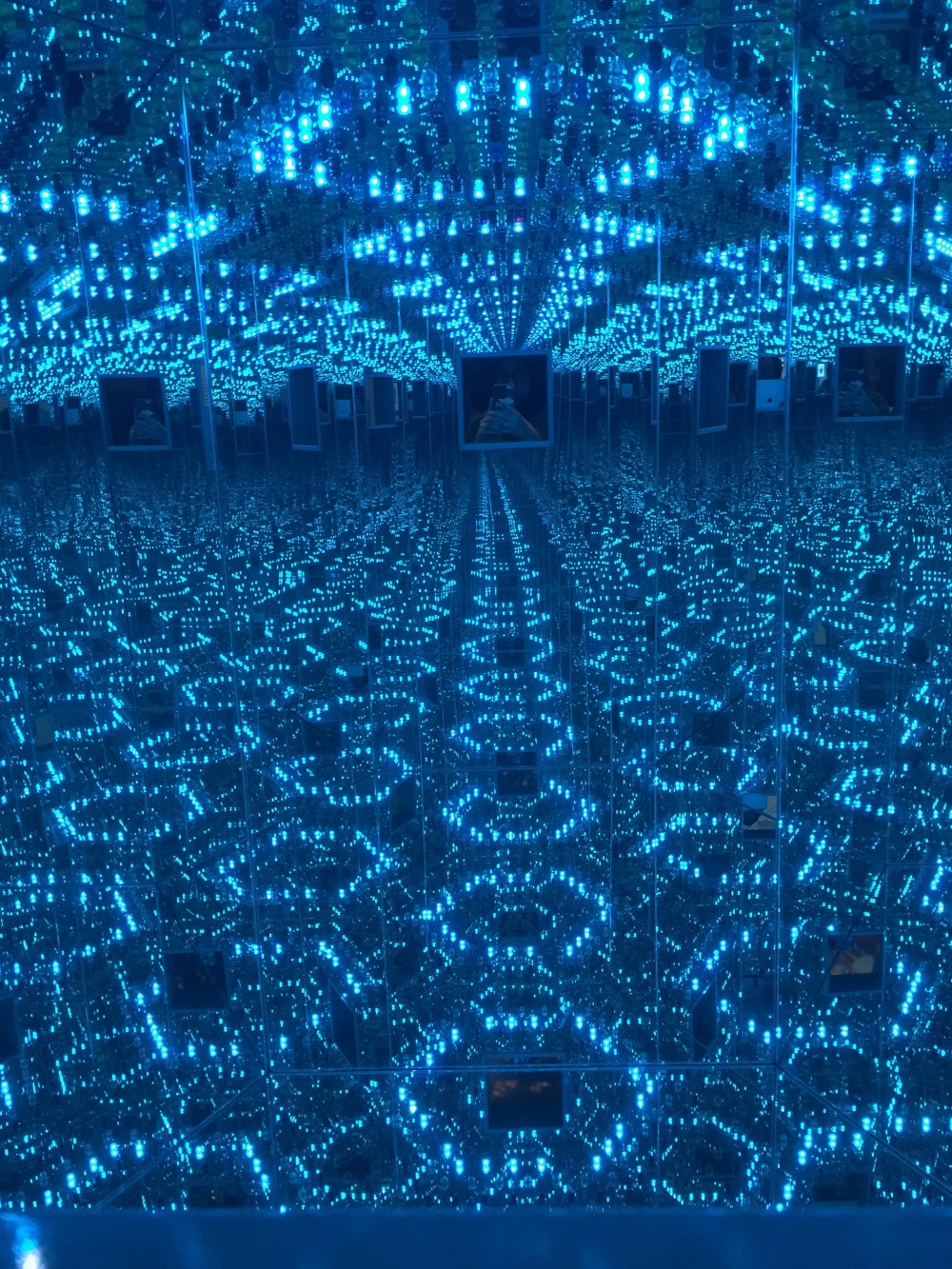 The next one we went to was a bigger room, and we had 30 seconds inside. This infinity room was titled The Souls of Millions of Light Years Away. This room really just blew me away with the beauty of it. I was so awestruck! I would’ve gone again but we waited an hour in the line just to get one glimpse of the room. 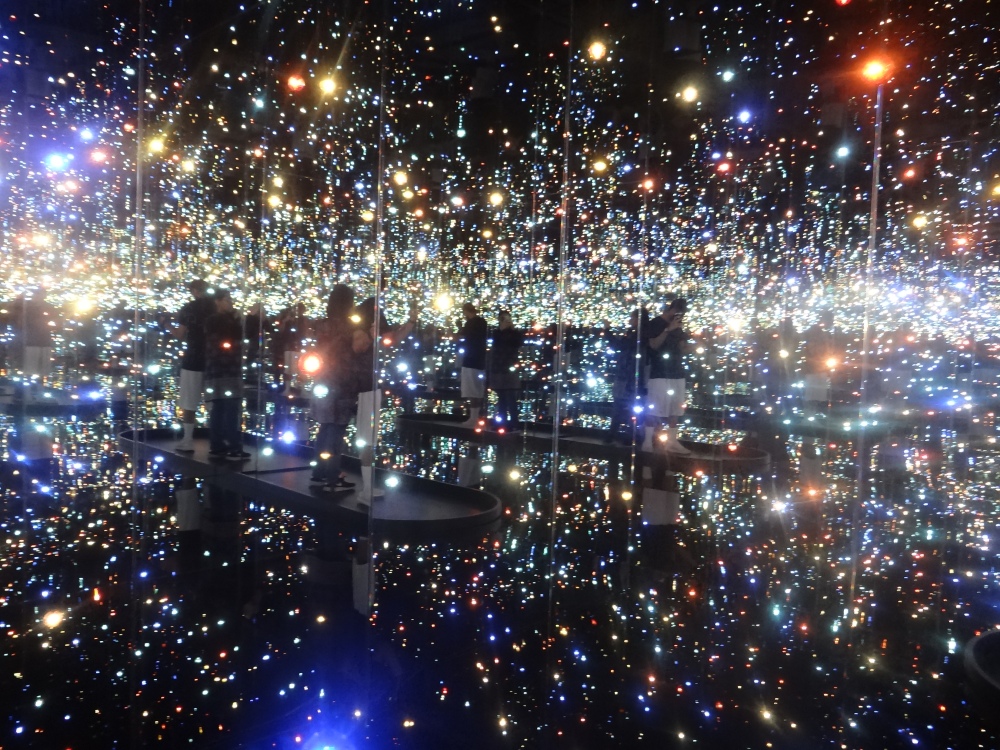 After getting amazed by the previous room, we saw another bigger infinity room and a mini one. The big one was alright, but the mini one was just amazingly beautiful. I have no words for this one titled Love Transformed into Dots. 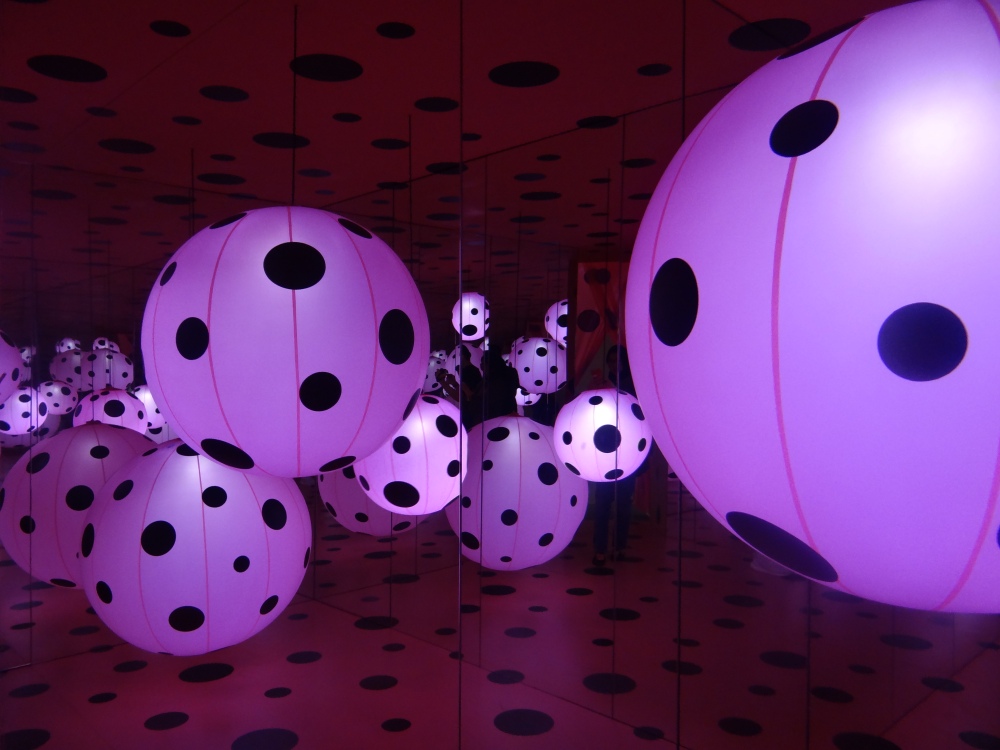 The next infinity room is something that most of you have probably seen on my Instagram, and it was titled Aftermath of Obliteration of Eternity. Now, this room was my favorite out of all of them because it looked exactly like the lantern scene from Tangled. I was such blown away by the sheer beauty in this room.

The last infinity room was the most popular one at the exhibit. We had 20 seconds in this room, and an escort had to come in with us because a girl actually broke one of the pumpkins there a couple weeks ago (1 pumpkins costs about $80,000!). I loved the look of this room, there was just something so unique about these pumpkins (I’m obviously talking about the spots 😀 )

The last part of the exhibit was a lot of fun, we entered a room filled with white objects and the museum attendants gave us stickers to cover all the white with! I loved how I got to put my mark on the exhibit at the end, it kind of felt like I was connected to everyone who visited and everyone who will visit this exhibit in the future. 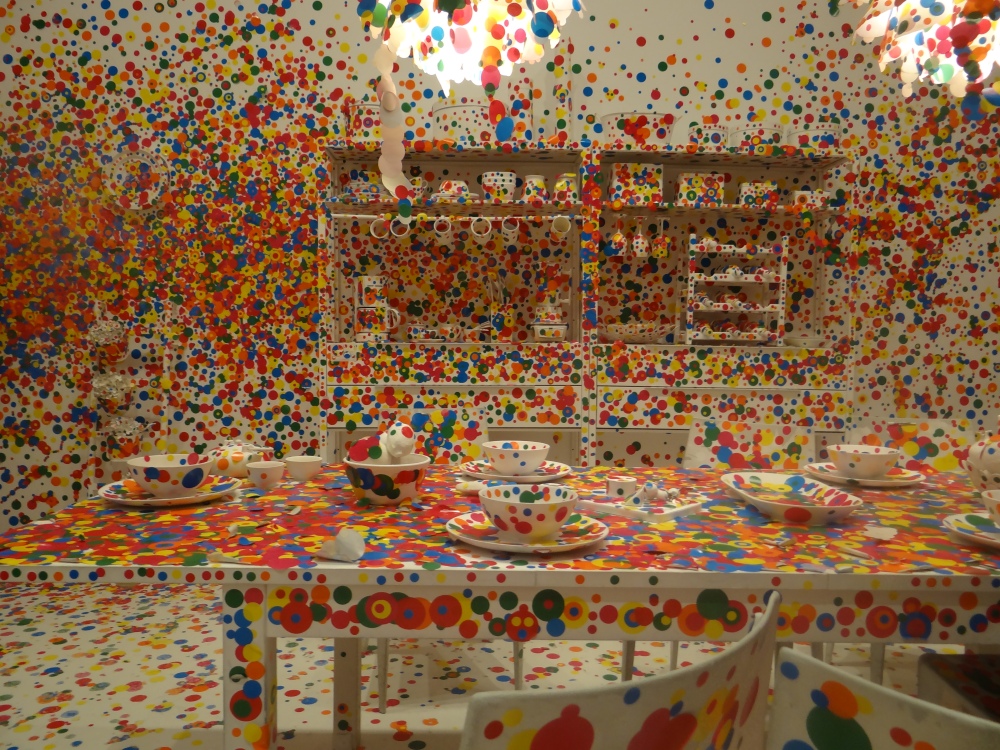 That was my experience of the Kusama exhibit! I hope you guys enjoyed reading it 🙂